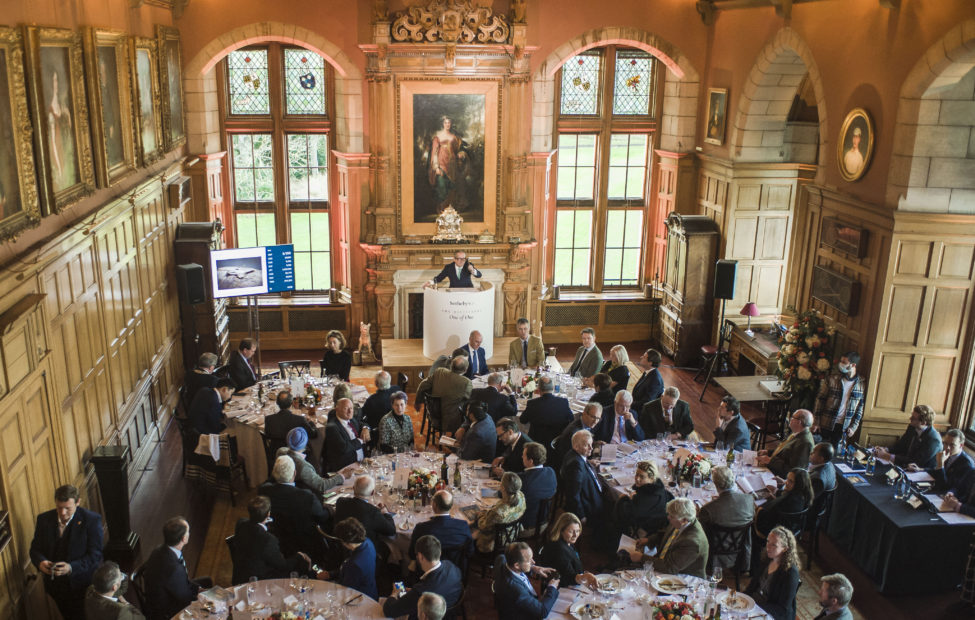 Inaugural The Distillers One of One charity auction achieves sales of £3.1million in aid of disadvantaged young people in Scotland

The inaugural The Distillers One of One charity auction at Barnbougle Castle outside Edinburgh last Friday achieved sales of £3.1million, two and a half times the pre-sale low estimate.

The Distillers One of One is a biennial series of auctions of Scottish whisky in aid of disadvantaged young people in Scotland. Led by The Distiller’s Charity, the philanthropic arm of The Worshipful Company of Distillers, and in partnership with Sotheby’s, it sees the Scotch Whisky industry come together to support charitable causes.

Participants from around the world were out in force with registrants from 24 countries. Over £2 million will be divided between four charity partners of The Youth Action Fund, which has been created by The Distillers’ Charity to transform the life chances of 16 to 25-year-old people in Scotland, empowering them to create positive change in their lives and communities.

Jonathan Driver, Master of The Worshipful Company of Distillers, said: “We are truly overwhelmed by the amount that has been raised and are so grateful to all of the sponsors, brands and bidders who got involved, donated spectacular lots and showed us incredible support, for making this happen.”

For this year’s auction, the Youth Action Fund will work together with four charities on specific initiatives in Scotland: Aberdeen Foyer, a charitable organisation supporting people towards independent living, learning and work; ENABLE Scotland, which delivers a range of support services across Scotland; Street League, which uses the power of sport to support young people living in some of the UK’s most disadvantaged communities into work and The Alcohol Education Trust (AET), which will work across the UK to keep young people safe around alcohol.

Donald McLaren, Managing Director of McLaren Packaging, said: “We were delighted to lend our support to The Distillers One of One charity auction, which reinforces our commitment to deliver a positive impact on the communities within which we operate.”