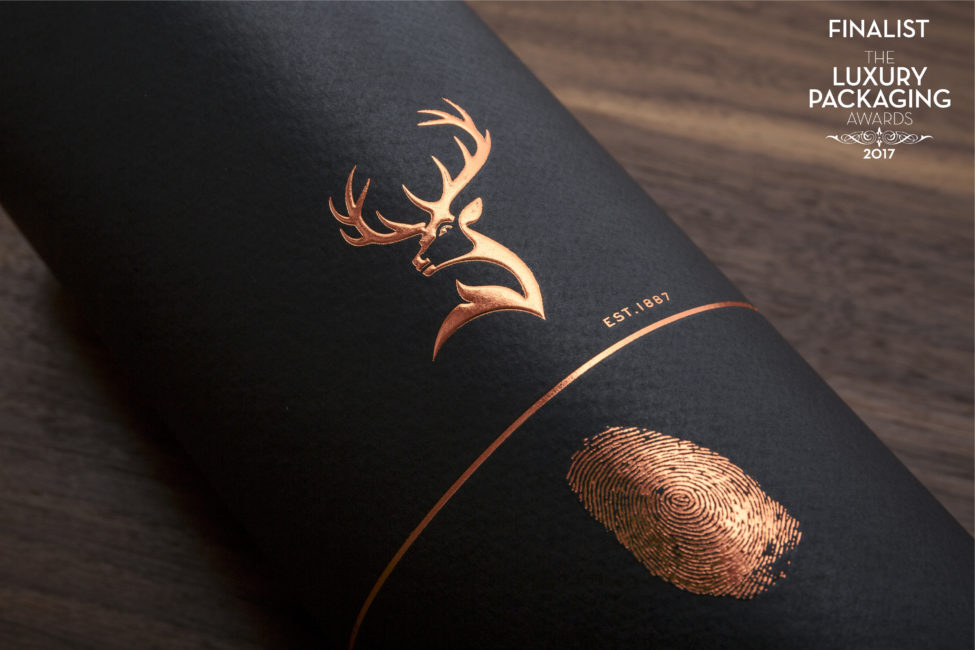 McLaren Packaging and sister firm Blue Box Design have been shortlisted in the Luxury Packaging Awards 2017.

Michael McLaren, Sales & Marketing Director, McLaren Packaging, said: “We are delighted to have two products shortlisted in these coveted awards. Both packaging solutions demonstrate the innovation, quality and creativity that has become our acknowledged hallmark.”

Given the challenging brief to create a new range of game-changing malts that push whisky boundaries and rewrite the rulebook, close working between all parties was key for the Glenfiddich Experimental Series.

The two expressions, IPA and Project XX, include common features ensuring the Experimental Series is distinct, cohesive and recognisable on shelf as a range. The designs share the signature Glenfiddich triangular construction. The stripped back, non-traditional design approach utilises premium, uncoated, substrates, litho printed to create the desired luxury effect.

Common features are highlighted in fluted copper foil including key graphical elements, the iconic Glenfiddich stag, the band and label. The clean and crisp foil contrasting against the uncoated substrate to striking effect.

The creative idea behind The Smugglers Series, meanwhile, was to honour the tradition of the illicit whisky trade that operated during the 18th and 19th centuries across Scotland in general, and specifically, from The Isle of Arran, up the River Clyde to Glasgow, a hub of market activity at the time. Each new release was to be ‘smuggled’ in unique packaging reminiscent of the hiding places used to conceal the whisky.

The design agency involved had discovered an old, hard back ‘book’ which had been used to hide whisky during this period and the brief was to create a box that replicated the book as closely as possible. Key requirements within the brief were pages at the front of the box to simulate the pages of a book and for the secret compartment inside the box to look like it was made from cut pages.

Duncan Robertson, Managing Director, Blue Box Design, said: “As well as being delivered on time and within budget, the project has been extremely successful for The Arran Distillers with all packs selling out very quickly following their launch and now commanding a high price in the secondary whisky retail market.”

The awards ceremony will take place at the Grosvenor House Hotel, London on Wednesday 13 September 2017. McLaren Packaging and Blue Box Design are exhibiting on stand G48 at the Packaging Innovations and Luxury Packaging 2017 exhibition at Olympia London on 13-14th September.